Ertegun House Seminar in the Humanities: In conversation with Stig Abell 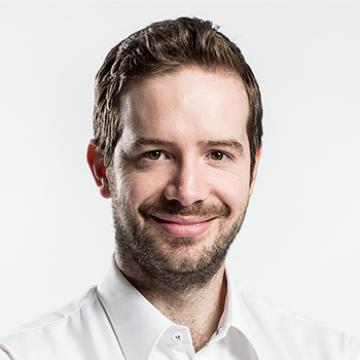 Stig Abell wears high-topped trainers, jeans and an open blazer. Fielding questions from a packed out audience, the editor of the Times Literary Supplement is almost ostentatiously relaxed. For the last few years he has fronted a show for LBC Radio, and it’s easy to see something of the self-assured and buoyant character of the radio presenter in his performance. His humour is lively, laced with dry exasperation and savoire faire. I am slightly reminded of Malcom Tucker, the comms director and political mastermind of Armando Iannucci’s The Thick of It. But there is also an evident taste for the dramatic, and any cynicism regarding the management of a major media institution does not extend to his thoughts on the big ideas of modern journalism. Throughout there is a clear commitment to those ideals that Abell holds dear; a broad approach to intellectualism, a responsible and truly free press, the value of good writing.

Abell graduated from Emmanuel College Cambridge in 2001 with a degree in English literature and soon took a job at the Press Complaints Commission. He assumed the directorship of the commission shortly before the inauguration of the Leveson Enquiry- in conversation he recalls having written a statement of some 140,000 words in three weeks. For several years he was the managing editor of the Sun. All the while he maintained a literary reputation reviewing fiction for the TLS, the Spectator and the Telegraph. In May 2016 he was appointed editor of the TLS. The path from regulator, to tabloid, to literary review is hardly one well trodden. However, it has provided Abell with a unique insider’s perspective on the workings of the British media, and his wit is quickly turned against the newspapers around which he has worked. Chaos ensues as reporters and subeditors operate in complete isolation from each other, all under the supervision of maniacally egotistical editors. An office floor of predominantly remain-supporting journalists push a hard Brexit line. A reasonable response to the demands of their readers? Abell would argue so.

His diagnoses for the future of print journalism are stark. In 2001 it was perfectly reasonable to pursue a career as a full-time journalist. Abell suggests that in ten years’ time writing will no longer be a paid profession, as new information technologies fundamentally alter how news and commentary circulate. In such a context press regulation would be laughably ineffective. What difference would it make if the UK were unilaterally to decide to prosecute those who spread misleading stories? One of the most read articles prior to the US election, a piece reporting that the Pope had come out against Hilary Clinton, was hosted by a Macedonian website manufacturing fake news for financial gain.

From regulation and ‘post-truth’ reporting, the discussion moves somewhat inevitably towards the question of populism. Abell briefly suggests a coincidence in the rapid expansion of the Internet into everyday life with a postmodern questioning of the ‘real’ in popular culture. It’s an interesting observation but I’m not quite convinced of the chronology. An over-reliance on irony in pop culture was already being pointed out by figures such as David Foster Wallace before the Internet’s ascendancy, and social media have opened spaces for a new political sincerity among the young. Witness the turnout at the general election! I ought to point out here that I rather fear my own politics may fall under Abell’s definition of populist, so perhaps there’s the real nub of the issue.

The TLS is apparently bucking the trend regarding the decline of print media. This is obviously something to be celebrated. It was a pleasure to learn from Abell’s immense experience, and a greatly entertaining third seminar in the Ertegun Seminar in the Humanities Series.