Wittgenstein and the First person 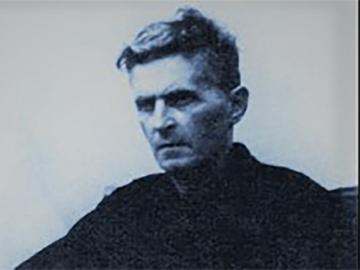 In the philosophy of language, there is a debate over how best to understand the meaning of the first personal pronouns, ‘I’, ‘me’, ‘my’, and so on. It is generally accepted that ‘I’, when used by a certain person, does not simply share a meaning with any word or phrase which picks out that person. Oedipus believed that ‘the murderer of Laius is banished’, but not ‘I am banished’, even though ‘the murderer of Laius’ picks out Oedipus. This suggests that a more complex story should be told about the meaning of first personal language; but how exactly should that story go?

In the philosophy of mind, there is a debate over the nature of self-consciousness and self-knowledge. Some animals seem to be aware of their environment, but not aware of their own existence. In contrast, most human beings are in some sense aware of themselves. One major philosophical question is simply: what does this difference amount to?

The work of the Austrian philosopher Ludwig Wittgenstein (1889-1953) has influenced a number of strands in the debates concerning the first person. But his influence has often been indirect, in the sense that scholars often focus on writers who have been inspired by Wittgenstein, as opposed to focusing on Wittgenstein’s work itself. I, along with a friend and fellow philosophy graduate student, Sally Harding, thought it would therefore be enlightening to host a conference exploring what lessons could be learnt in this context by returning to Wittgenstein’s texts.

The conference consisted of four presentations by leading Wittgenstein scholars, all of whom have also written on topics relating to the first person. In the morning sessions, Professor William Child (Oxford) and Dr Rachael Wiseman (Durham) presented complementary papers, each adopting a different angle in examining a passage of Wittgenstein’s which is often cited but rarely analysed. One of the most exciting themes which emerged from these sessions was that insufficient attention has been paid to the original passages which have influenced the debate. A closer look at those passages suggests that we must revise our understanding of the lessons to be learned from Wittgenstein.

In the third session, Professor Jose Zalabardo (UCL) presented a new reading of Wittgenstein’s curious argument for the claim that ‘there is no such thing as the soul—i.e. the subject—as it is conceived in the superficial psychology of the present day’, found in his early masterpiece, Tractatus Logico-Philosophicus (published 1921). The final session saw Professor Jane Heal (Cambridge) outline an approach to first personal language which took as its starting point the Wittgensteinian idea that there is a vast variety of ways of using language beyond the mere stating of facts.

My impression is that the event proved highly valuable for philosophers working on Wittgenstein, the first person, or both. Equal time was devoted to speakers’ presentations and to discussion, which allowed for a number of very fruitful exchanges. In terms of my own development, the conference was an invaluable experience. I have been writing my thesis on a topic in this area, and many of the ideas raised in the presentations and discussion directly influenced my work. It was also extremely helpful to discuss my own ideas with speakers and attendees.

But the conference was not only of benefit to me in this sense; co-organising the event was itself a very valuable professional experience, which will prove enormously helpful later on in my career. I am deeply grateful to the Ertegun Scholarship Programme for providing the space and financial support, along with Jill Walker’s invaluable administrative support, without which this event would not have been possible.