Ertegun House Seminar in the Humanities; a Conversation with Quentin Skinner 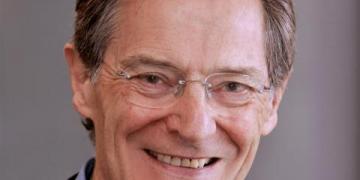 Our guest for the second Ertegun House seminar in the Humanities was Professor Quentin Skinner, the Barber Beaumont Professor of the Humanities at Queen Mary, University of London. Widely regarded as one of the most influential historians of his generation, Skinner is known for his extraordinary work on methodological issues in intellectual history and in-depth case studies of early modern political thought. In 1995, the Times Literary Supplement selected his Foundations of Modern Political Thought for its list of ‘The 100 Most Influential Books since World War II.’ He is also renowned as a gifted teacher and has supervised some of the world’s most prominent historians such as Simon Schama amongst others. Most importantly, his influence extends far beyond the discipline of history. At the beginning of the seminar, Rhodri Lewis, Professor of English literature and director of the Ertegun House, spoke of how reading Skinner’s work on Hobbes made him switch his focus from the nineteenth-century to the early modern period.

At the seminar, Professor Skinner spoke to the scholars and other members of the university about the development of his interest in intellectual history, the nature of his methodological contributions and various other issues. When he was in school, Skinner said, students were taught a very standard Whig narrative of English history. As part of this, he read some ‘background texts’ such as More’s Utopia, Hobbes’ Leviathan and Locke’s Two Treatises. Though he was not very convinced by the existing interpretations of these texts, he was excited by the sort of questions they posed about the societies that had produced them. At Cambridge, he continued to pursue these questions under the supervision of Walter Ullmann and Peter Laslett. The latter’s insistence on thinking about the context of texts had a formative influence and encouraged Skinner to develop the influential method that has become so closely associated with him. This method, he explained, includes thinking of texts as interventions in specific debates rather than as answers to perennial questions. Unlike Arthur Lovejoy and Leo Strauss who suggested that all thinkers from Plato to Rousseau had been grappling with essentially the same questions, Skinner insists that these questions change over time and texts should be looked at as responses to these changing questions.

In explaining the link between this method and his historical research, he gave the example of his work on the notion of liberty. In his view, liberal political philosophy thinks that the antonym of personal liberty is coercion. However, the chief implication of his way of thinking about the past is that earlier thinkers may have had a different conception of the antonym of liberty because they were not engaging in the same debates as modern liberals. As he found, this was very much the case with the classical and neo-classical ways of thinking about liberty. These traditions, he said, suggest that the antonym of personal liberty is dependence, not coercion. Without being formally coerced, one can still be trapped in a structure of dependence and domination that encourages self-censorship and other forms of obedience. For instance, during the reign of Charles I, bishops were not required to do the King’s bidding in the House of Lords. However, their dependence on his patronage meant that despite the absence of any such formal requirement, they still ended up voting in a way that pleased him. Free from any explicit coercion, they were nonetheless unfree due to the dynamic of their relationship with the King.

Given the rhetorical force with which Skinner made some of his methodological claims in the 1960s and 1970s, his work has attracted criticism from a number of scholars. When Jacques Derrida published De la grammatologie, some critics argued that Derrida’s radical doubt about meaning had rendered the work of Skinner and his students null and void. In response to a question by a member of the audience, Skinner suggested that such criticism fundamentally misunderstood the nature of his work. As he explained, Derrida’s argument never had much effect on his work because his preoccupations were very different from those of Derrida. Unlike Derrida, he was more interested in speech-acts rather than meanings. When Derrida extended his work to argue that it was impossible to recover speech-acts, it was clear that the contention was hyperbolical and was never taken up seriously by anyone.

Towards the end of the session, he expressed his thoughts on some recent developments in intellectual history. Responding to a question by current Ertegun scholar Stefano Gandolfo, he noted that intellectual history had not gone untouched by the rise of global history, which he described as the reigning historiographical paradigm of our time. Both morally and intellectually, he said, this was a welcome development. He also mentioned that Cambridge University Press’s famous Texts in the History of Political Thought series which he has edited since its inception is now expanding its focus to include texts from non-western traditions.

Following the seminar, Professor Skinner had dinner with all Ertegun scholars. Sitting across from him at the dinner table, I took the opportunity to indulge my mischievous instincts and asked him if it was true that he had turned down a knighthood. In a gesture characteristic of the frankness he is famous for, he told me that this was indeed the case. As a life-long republican, he said, he could not digest the idea of receiving an honor from an unelected sovereign! We also discussed various idiosyncrasies of the historical profession and he offered his thoughts on some legendary scholars he had encountered in his five decades long career.

On a personal note, I would like to say how I grateful I am to the Ertegun community for bringing Professor Skinner to Oxford. As I repeated to various fellow scholars on the day, I decided to become a historian after I read his electrifying 1969 essay “Meaning and Understanding in the History of Ideas” as an undergraduate. Telling him about this over dinner and hearing that he was truly touched by this was and always will be one of greatest moments of my academic life.